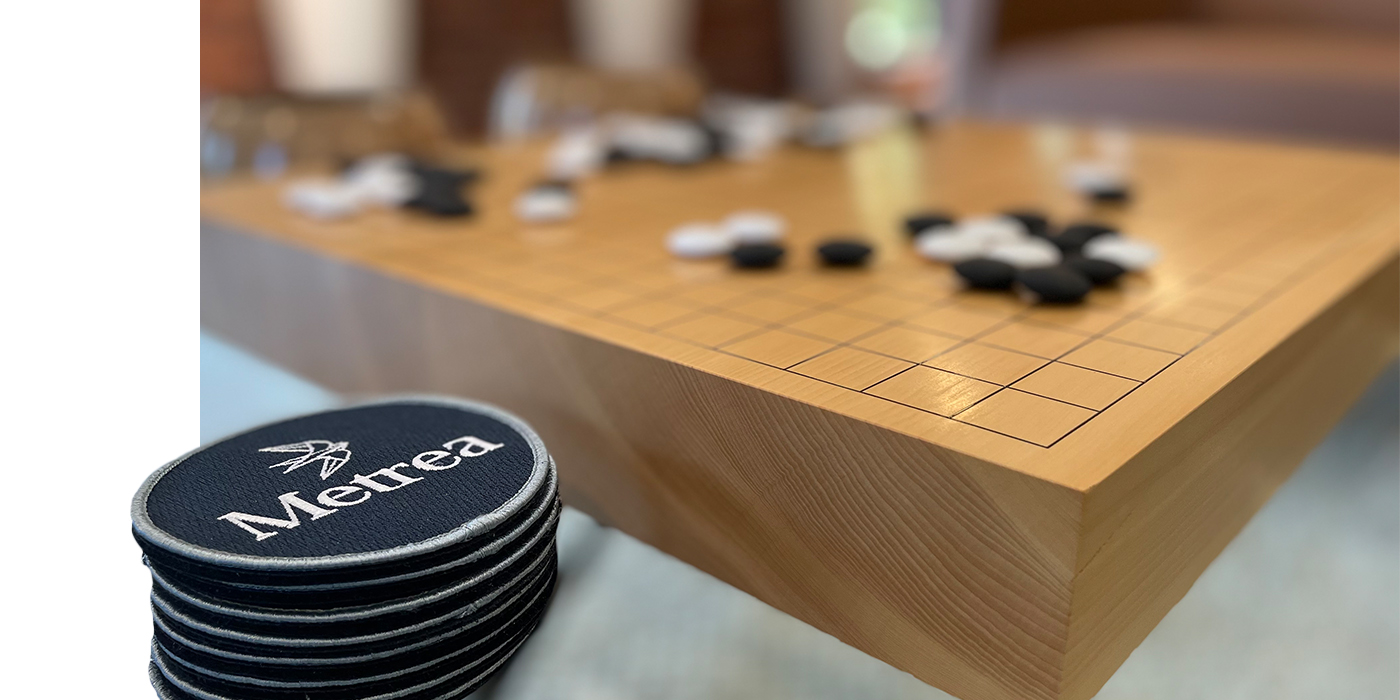 We provide objective, insightful, innovative, and pathfinding research for the most challenging problems in national security.

MSI at a Glance

Headquartered in Washington DC, Metrea Strategic Insights (MSI) specializes in pathfinding studies that look beyond the typical five-year planning horizon at long-term trends, threats, opportunities, discontinuities, and asymmetries in national security. MSI is led by Managing Director Todd Harrison and is supported by a team of experts with a variety of experience in government, industry, think tanks, and academic institutions.

MSI’s mission is to be a solution and idea generation engine for wicked problems in strategy and policy. Our guiding principles drive us to be objective, insightful, and innovative in all that we do.

We approach problems without a preconceived solution in mind, prioritizing transparency and alignment of interests with the government.

We move beyond admiring problems to provide actionable recommendations and the ability to reach across the Metrea organization for domain, regional, and technical expertise.

Our analysis develops and leverages new frameworks, methodologies, and tools as needed and is willing to take intellectual risks to explore forward-leaning ideas.

We provide quantitative analysis of trends in national security funding, force structure, and operations. We aren’t afraid to dig deep into the data—and assemble new data sets as required—to find insights others might miss.

We conduct tabletop exercises, simulations, and workshops for collaborative concept development. These sessions can be used as opportunities to generate new ideas, solicit and assimilate outside input, or red team new concepts and strategies with experts from a variety of backgrounds.

We document our research, methodologies, and findings in private or published reports. Our focus is on delivering timely and actionable insights that enable our national security customers to see farther and plan with greater confidence.

MSI is led by Todd Harrison and is supported by a team of experts with a diversity of backgrounds, senior-level experience, and analytic skills.

Todd Harrison is  Managing Director of Metrea Strategic Insights. Prior to joining Metrea in May 2022, Mr. Harrison was the director of Defense Budget Analysis and the Aerospace Security Project at the Center for Strategic and International Studies (CSIS) from 2015 to 2022, and from 2009 to 2015 he was the senior fellow for Defense Budget Studies at the Center for Strategic and Budgetary Assessments (CSBA). At both CSIS and CSBA, Mr. Harrison authored numerous publications on trends in the defense budget, military space systems, threats to space systems, civil space exploration, defense acquisitions, military compensation and readiness, and military force structure, among other topics. Before joining the think tank community, Mr. Harrison worked as a consultant to Air Force Space Command while at Booz Allen Hamilton, as a program and product manager at space startup AeroAstro Inc., and as a management consultant at Diamond Cluster International. Mr. Harrison served in the U.S. Air Force Reserves and is a graduate of the Massachusetts Institute of Technology with both a B.S. and an M.S. in aeronautics and astronautics. He is currently a non-resident senior associate at CSIS, a member of the National Security Space Association Board of Advisors, and an adjunct faculty member at the Johns Hopkins School of Advanced International Studies where he teaches classes on the defense budget and military space systems.

Jon “Ty” Thomas is a Senior Vice President at Metrea. He retired in October 2021 as a Lieutenant General after serving over 32 years in the United States Air Force, most recently as Deputy Commander, Pacific Air Forces , and the Deputy Theater Joint Force Air Component Commander to the Commander, U.S. Indo-Pacific Command. Prior to his assignment at PACAF, Lt. Gen. (Ret) Thomas was the deputy commander of Air Mobility Command, responsible for global aerial refueling, airlift, and aeromedical evacuation missions of the U.S. Air Force. In addition to his Pacific and air mobility assignments, he has extensive experience in Europe from multiple tours at Ramstein Air Base in Germany, including duty as the Director of Operations, Strategic Deterrence, and Nuclear Integration, Headquarters U.S. Air Forces in Europe and Air Forces Africa; commander of the 86th Airlift Wing and 86th Operations Group; and deputy commander of the 603d Air and Space Operations Center.  He also has extensive experience at Headquarters Air Force and the Joint Staff, to include developing the ~$700B Future Years Defense Program (FYDP) Program Objective Memorandum (POM) over multiple annual cycles. Lt. Gen. (Ret) Thomas is a graduate of the Air Force Academy, Harvard’s Kennedy School of Government, and the Air War College. He is a combat-proven pilot, with over 4,100 flight hours in the C-17, KC-10, C-130, T-38, and eight other aircraft.

Justin Johnson is Senior Vice President and Deputy Head of Strategy at Metrea. He is responsible for managing the strategy team, which includes Strategy Development, Investment, Research, Solution Design, and Market Engagement. Mr. Johnson previously served in the Pentagon, performing the duties of the Assistant Secretary of Defense for Space Policy. Prior to this position, he served as the Deputy Chief of Staff to the Secretary of Defense, responsible for advising the Secretary on a range of issues including space, budget, reform, and Department management. Previously, Mr. Johnson served as a Special Assistant to the Deputy Secretary of Defense. His prior roles include special assistant for the Under Secretary of Defense for Comptroller/CFO, senior policy analyst at the Heritage Foundation, and over a decade in national security staff positions in Congress. He holds a Masters of Arts in National Security from the U.S. Naval War College and a Bachelor of Arts in Philosophy from Covenant College.

Edd Holliday is a Senior Research Associate at Metrea Strategic Insights. Prior to joining Metrea in Feb 2021, he served in the British Army; commissioning from the Royal Military Academy, Sandhurst in 2011 as a Cavalry Reconnaissance Officer. He has worked in Cyprus, Belize, Northern Ireland, Germany, America, the Middle East and Afghanistan. He deployed on two operational tours with the USSOF and SF in the Middle East and Afghanistan, where he worked on issues ranging from humanitarian aid to counterterrorism and with a variety of stakeholders from the tactical to the strategic level. Prior to leaving the Army, Mr. Holliday was assigned to the UK MoD working on Military Strategic Effects with other governments and departments, where his work focused on mis-, dis- and mal-information, and kinetic and non-kinetic national level strategic effects against near peer adversaries. Mr. Holliday studied Computer Science at Durham University.

Sydney Jolliffe is a Senior Strategy Associate at Metrea Strategic Insights. She comes from a national security law and policy background. During law school, she spent some time with the US Attorney’s Office for the District of Columbia, on the Hill with the House Veterans’ Affairs Committee, and working with a defense company consulting shop in DC. After graduation she joined Metrea in the Strategy department, utilizing her policy background for government and hill engagement, market analysis, and project research. She is also a member of the in-house legal department at Metrea, working on contracts, compliance, and licensing.

Metrea is a team of builders. We are driven by a passion for what we do, how we do it, who we do it with, and who we do it for.
If this sounds like you, apply today.

Come Work with Us

Metrea is built on the idea that commercial business models are the only way to deliver outsized contributions for the Free World to defend its people and interests.

Our customers deserve solutions that can anticipate threats, and consistently deliver effects.

Get in touch with MSI to learn how.

This website uses cookies to improve your experience while you navigate through the website. Out of these, the cookies that are categorized as necessary are stored on your browser as they are essential for the working of basic functionalities of the website. We also use third-party cookies that help us analyze and understand how you use this website. These cookies will be stored in your browser only with your consent. You also have the option to opt-out of these cookies. But opting out of some of these cookies may affect your browsing experience.
Necessary Always Enabled
Necessary cookies are absolutely essential for the website to function properly. These cookies ensure basic functionalities and security features of the website, anonymously.
Functional
Functional cookies help to perform certain functionalities like sharing the content of the website on social media platforms, collect feedbacks, and other third-party features.
Performance
Performance cookies are used to understand and analyze the key performance indexes of the website which helps in delivering a better user experience for the visitors.
Analytics
Analytical cookies are used to understand how visitors interact with the website. These cookies help provide information on metrics the number of visitors, bounce rate, traffic source, etc.
Advertisement
Advertisement cookies are used to provide visitors with relevant ads and marketing campaigns. These cookies track visitors across websites and collect information to provide customized ads.
Others
Other uncategorized cookies are those that are being analyzed and have not been classified into a category as yet.
SAVE & ACCEPT
Powered by